Globalizing the city and the grassroots: Political geographies of urban movements and linguistic diversity

Home > Events >Globalizing the city and the grassroots: Political geographies of urban movements and linguistic diversity

and Regional Office of International Debate

invited students, academic teachers and citizents of Wrocław on a lecture of Virginie Mamadouh on Globalizing the city and the grassroots: Political geographies of urban movements and linguistic diversity.

Short outline of the lecture:
The linguistic diversity of Europe is often seen as the main barrier to the development of a pan-European public sphere in the European Union. This is true for collective action, as much as for parliamentary politics and the media. This lecture highlighted the challenge of multilingualism for urban movements in a globalizaling world. It showed how linguistic issues interact with the geographies of grassroots mobilizations and their multiscalar struggles, both in terms of grievances, resources, political opportunities, and ideologies. It then turned to the way urban movements have dealt with linguistic diversity both locally in the city and in translocal networks of activists. More attention was paid to mobilizations in a recent period, since globalization, Europeanization and digitalization have greatly enhanced the linguistic diversity to be found in any given place. Different strategies was considered (especially as observed in street demonstrations).

Virginie Mamadouh is Associate Professor in Political and Cultural Geography at the University of Amsterdam.

, and The Arab World Geographer

, published in 2008 and The Wiley Blackwell Companion to Political Geography

Member of the Academia Europaea since 2012. 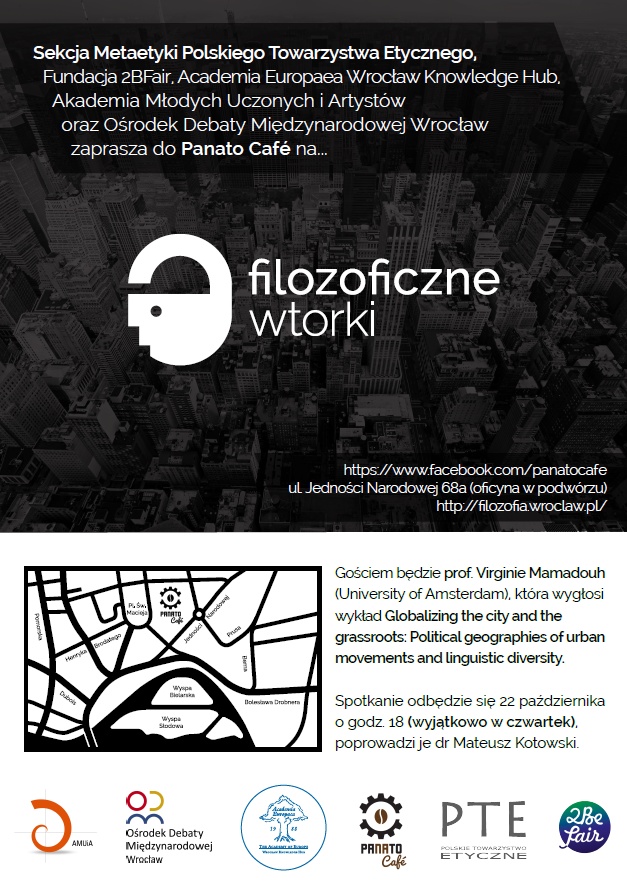